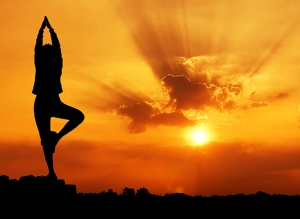 The word Yoga is derived from the Sanskrit word ‘Yuj’ which means to join or unite. The first International Day of Yoga will be observed on June 21.

The International Day of Yoga was a brainchild of Prime Minister Narendra Modi, who had mooted the idea in his maiden address to the UN General Assembly in September last year.

Today yoga has become a popular form of calisthenics contributing to the health and fitness of millions. However, earlier yoga was viewed as a complete lifestyle. The first two limbs of Patanajali’s Asthanga yoga, moral and ethical restraints and observances have always been considered the foundation for success in yoga.

Message of the UN Secretary-General:

“By proclaiming 21 June as the International Day of Yoga, the General Assembly has recognized the holistic benefits of this timeless practice and its inherent compatibility with the principles and values of the United Nations.”

Since that time, the draft resolution establishing the International Day of Yoga was proposed by India and endorsed by a record 175 Member States. 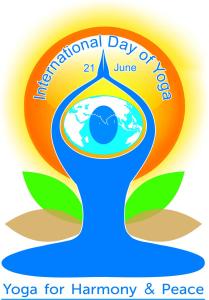 About the International Day:

UN Secretary General Ban Ki-moon has voiced his approval for the observance day stating that “Yoga offers a simple, accessible and inclusive means to promote physical and spiritual health and well-being. It promotes respect for one’s fellow human beings and for the planet we share. And yoga does not discriminate; to varying degrees, all people can practice, regardless of their relative strength, age or ability”.

India is organizing yoga sessions in 192 countries — every U.N. member nation saves for Yemen, where India’s mission is closed. The idea, says foreign minister Sushma Swaraj, is to help lead a strife-torn world “on a path of peace.”

Yoga Celebrations Around the World:

If you wish to take part in these celebrations then please visit the official website available here.