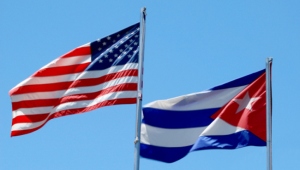 US President Barack Obama’s move to drop Cuba from a list of state sponsors of terrorism was “fair”, the Cuban foreign ministry in Havana has said.

“The government of Cuba acknowledges the fair decision of the president of the United States to take Cuba off a list on which it should never have been included,” said a statement signed by Cuba’s top official for relations with Washington.

Empire – The US and Cuba: Obsession

Obama on Tuesday submitted to Congress a “report and certifications” indicating that the US plans to remove Cuba from the list of state sponsors of terrorism, a key step to normalizing relations between the two nations.

The move follows the December announcement of policy changes related to Cuba, in which the US president instructed the State Department to “undertake a review of Cuba’s designation as a state sponsor of terrorism based on an assessment of the available facts,” a White House statement said.

“After a careful review of Cuba’s record, which was informed by the Intelligence Community, as well as assurances provided by the Cuban government, the secretary of state concluded that Cuba met the conditions for rescinding its designation as a State Sponsor of Terrorism,” said the statement.

“The secretary of state therefore recommended that the president make and submit to Congress the statutorily-required report and certification.”

Tuesday’s announcement came days after Obama and Cuban President Raul Castro met on the sidelines of a regional summit in Panama.

The talks marked the first formal meeting between the leaders of their countries in a half-century. 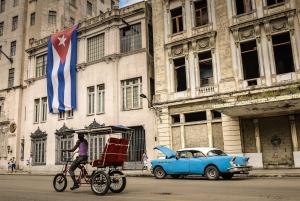 Removing Cuba from the terror list could pave the way for the opening of a US embassy in Havana and other steps.

Cuba was designated a state sponsor of terror in 1982 because of what the White House said was its efforts “to promote armed revolution by organizations that used terrorism”.

Until Tuesday, the island nation remained one of four countries on the US list of nations accused of repeatedly supporting global terrorism. The countries still on the list are Iran, Sudan, and Syria.