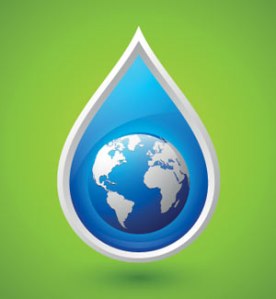 Water covers 70% of the world’s surface, but only 3% is fresh water and only 1% is drinkable. However, of that mere 1%, 90% of it is contained in icebergs and glaciers, leaving only 0.1% of water as potable water.

Of that 0.1% of potable drinking water, 50% is used by industries in industrialized nations, which leaves the rest of the world with 0.05% to fight over!

Currently, 880 million people do not have access to potable water and 80% of illnesses in developing nations are water related. It is estimated by The Water Project (Say which organization you got this from) that by 2050, 65% of the world will be struck with water shortages.

The UN and Water

In July 2010 the UN reached an important milestone in which water and sanitation was declared a Human Right. The right provides that:

Contribute as relevant to the post-2015 discussions in relation to the water-energy nexus.”

Past and Current Droughts

Droughts are today more prevalent than they were prior to the 20th century. Many attribute this to global warming, which is attributed to the greenhouse effect. 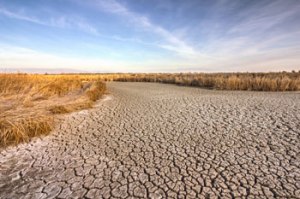 Current droughts in California and Australia are worse than ever before. This year, California’s drought is the worst they have seen in decades. In Australia, the Millennium Drought (2000-present) has been the worst and longest drought since its settlement by westerners.

Your Help to Solve this Crisis

Efforts to resolve this crisis can be divided into two groups: individual efforts and community efforts.

If the 4 billion people who have access to indoor plumbing limit their water consumption with these easy measures and steps we will save…. About 150 billion gallons per year!

Additionally, if industries around the world cut their water consumption by only 10%, we will have enough water to solve the water crisis in Africa!

Although making water potable and transporting it is a costly process, these are remarkable figures to keep in mind next time we take a long shower or leave on the faucet.